I Want a Handsome Butler

I’ve been thinking very hard about my priorities, and have finally come to the conclusion that what I really, really want is a handsome butler.

Not a Roomba — a friend was recently extolling the virtues of her robotic vacuum cleaner and how it cleans the floor while she’s out, but I was already shaking my head. Robotic vacuum cleaners would merely suck up pieces of Lego that my children can’t live without, like the One Ring which came with the Hobbit set. No, as I know only too sadly from personal experience crawling around on the floor, what’s needed is a sentient intelligence which can instantly sort out the rubbish from “my precioussss”.

I’m not looking for emotional attachment, as I’m already quite attached to my husband — just level-headed, pleasant professionalism. Someone who can cook expertly, sew on missing buttons the proper way with a button shank, and iron my clothes until they’re devastatingly crisp. Other duties would be to chauffeur me around, remind me discreetly of appointments, and address me as “Milady”. On top of that, I’m expecting some serious eye candy.

As you can see, I’ve clearly spent too much time thinking about this. About as much time as I used to spend on idle questions such as “which superpower would you prefer to have?” (by the way, if you ask anyone this question, they will tell you right away, as though they too have been mulling over flying vs. invisibility for decades). This shift from superpowers to super-butler probably has a lot to do with age and, unfortunately, responsibilities.

Of course, I could do what I normally do and let things slide. I’ve already fallen far, far below S.E. Asian standards as my sister discovered to her horror, when she visited and found that I no longer iron my t-shirts. And since I work from home, I told her cheerfully that I only wear yoga clothes and sweat pants because “it helps me concentrate” (an absolute lie). 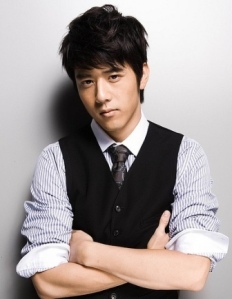 Still, I have to admit that when we went out together, I couldn’t help admiring her cute outfit accessorized with dainty sandals. She looked adorable. I looked like…well, at least I was comfortable. And that’s precisely why I need a butler. I don’t want to continue this sloppy lifestyle! To do so however, you definitely need some kind of household help. The sort that’s struck a chord with the 50 million other fans of Downton Abbey, although nobody seems to have daydreams about being a scullion at Downton despite the historic odds being higher.

For 99.99% of human history, it has actually been physically impossible for one person to get all the housework done by themselves. If you look at the evidence, even poor people hired servants part-time, or if they couldn’t afford to, certainly didn’t have a “house” of their own to maintain. Group living, with all its attendant joys and horrors, was the norm along with back-breaking chores like washing clothes and hauling water.

“So how did the ancient Romans manage?” my 7 year old asked.

“They had slaves!” I answered. Wealthy Romans even had body slaves — people whose sole purpose was to trot alongside their masters, scrub their backs, dress them, and carry them around in litters.

Now I am totally against slavery, especially since I’m forced to act as a personal body slave to 2 small children most of the time. But I don’t see anything wrong in hiring a professional to help out. The only problem is the fees, plus the fact that most butlers were old and “uncle”-like because they had to train for years. At this rate, I’m just as likely to get a handsome butler as I am to fly. But it doesn’t mean I won’t think about it…a lot.

Photo 1: Clive Owen in Gosford Park, Premiere Magazine 12/8. Actually, I think he was a valet, not a butler. Photo 2: George Hu as “Hayate, the Combat Butler”. Photo 3: http://deens-japan.com

Would you rather fly, be invisible, or have a handsome butler?

153 responses to “I Want a Handsome Butler”