The other night, I was up reading a Japanese manga that was loosely based on Oscar Wilde’s The Picture of Dorian Gray. I don’t know whether it was the lateness of the hour or the fact that the story seemed much more horrific rendered as a black and white graphic novel, but I was almost too frightened to turn the pages. This was despite knowing the outcome and the fact that there was almost no gore, simply the slow metamorphosis of a painting into the face of evil.

Sadly, I’m quite a chicken and can’t watch horror movies, but books are usually fine because I can skip the scary parts. This is a problem, however, with graphic novels because as fast as you flip the pages, you can’t help but see some of the illustrations. I’ve now learned my lesson and will not be reading any more manga marked “horror” — at least, not without a peanut butter sandwich to cover the pages as I turn them.

Growing up, I read a lot of Victorian classics: M.R. James, J. Sheridan Le Fanu, Carmilla etc. The best of these produced a thought-provoking suspense — a chill finger down your spine, as opposed to senseless, Hollywood-style violence. I was reminded of this when I was in the library picking out books for my kids, and my hand happened to hover over Alan Garner’s The Owl Service. The last time I read this book I was about 10 years old and it left a very strong impression on me. So I wondered whether I would still find it as disturbing if I read it again.

Winner of the 1967 Carnegie Award,  The Owl Service begins when Alison and her new stepbrother Roger come with their parents to spend the summer at an old house in Wales. Gwyn, the housekeeper’s son, finds an old dinner service — plates with owl patterns — in the attic that triggers a whole series of events. Alison copies the patterns onto paper, which turn into owls and disappear, and the three young people begin to reenact an ancient tragedy. Lleu Llaw Gyffes, a hero of The Mabinogion, has a beautiful wife made for him out of flowers. Bloduewedd doesn’t love him, however, preferring another man named Gronw Pebyr. In the end, both men kill each other, though Lleu is resurrected and Bloduewedd turned into an owl as punishment. The book is infused with a brooding sense of fatality, as scratches in the attic lead to the increasingly erratic behaviour of the three teens. And in the background, the local Welsh villagers stand by, waiting for the deaths to recur as they have every generation.

As a child, I was frightened by the anger of the woman, Bloduewedd, who flies around tormented as an owl. “She wants to be flowers but you make her owls. You must not complain, then, if she goes hunting,” is one of the cryptic utterances in the book. Rereading it however, I found it very different. It is a surprisingly adult novel, dealing with themes of social status and infidelity. The real story is the resentment between the local Welsh and the English, which is not only cultural but also economic and class-based. The story moves forwards in fits and starts, sparse in detail and heavy on dialogue, like a strange broken dream. If I hadn’t read so much Dylan Thomas or had a couple of Welsh teachers when I was a child, I would have been completely confused by this book. As it is, I’m still somewhat baffled. 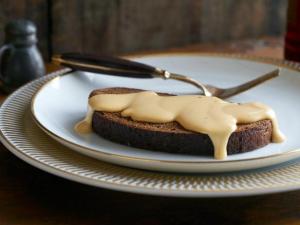 I can’t imagine a book like this being published now for children. As an adult, I find it unsatisfying and elliptic. Still in my childhood memories, this book has a haunting presence that far out-shadows its present self. The funny thing is that when I started looking up other people’s reviews on the internet, many of them said the same thing. “It frightened the heck out of me as a child”. Why, then, doesn’t it do the same to an adult?

My theory is that its very vagueness is what terrifies children. That, and the fact that it hints of trouble in the adult world – prejudice, money, and betrayal. The book gives you the sensation of eavesdropping on secrets, even though they are never quite defined. Something horrible is happening in the background and the adults in the book are well aware of it though they refuse to explain. Rereading the book, I want all these issues to be resolved, which is why the ending seems bland. But for a child reading this, perhaps the real fear is that of the adult world.

What are some books that scared you as a child, and do they still frighten you?

Likes to eat and read! Find out more at https://yschoo.com/ View more posts

11 thoughts on “Childhood Books that Frightened You”